Thread lifting is a mild method, without incisions or a scalpel for face lift. 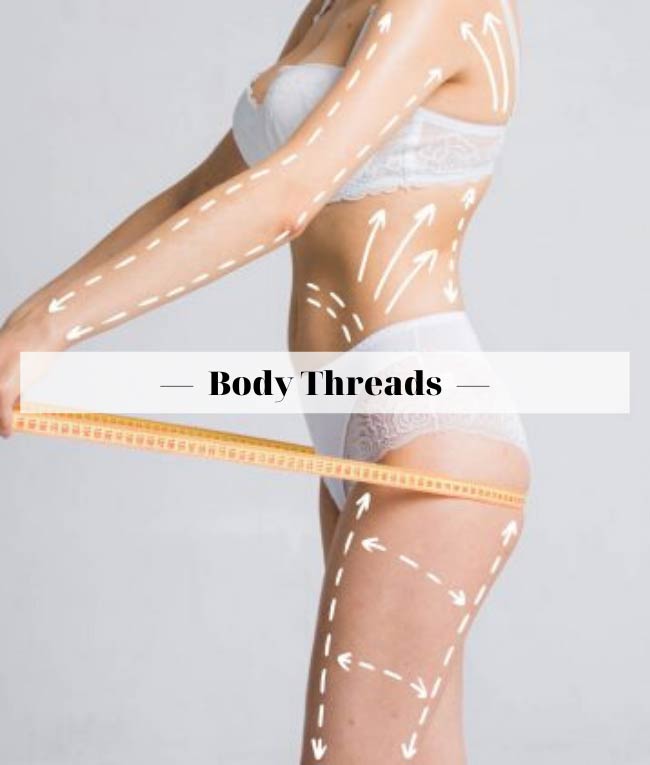 How does Thread Lifting work?

Using a simple local anesthetic, specially 100% biodegradable thread enters the skin to lift and support it.

In thread lifting we use special threads with very thin hooks.

The threads are actually the surgical, absorbable sutures that we all know and have been used safely in the medical industry for many years.

Different types ofthread can be used depending on the desired result.

What is Thread Lifting?

As the years go by and the first signs begin to appear, especially on the buttocks, the inside of the thighs, the knees, the inside of the hands, the abdomen it is now clear that the skin is no longer as youthful as you thought. The comments you were accustomed to receiving are receding and it is now a fact that aging is happening.

But there is a solution and it is no other than Lifting with thread.

thread lifting is a mild procedure, with no incisions or a scalpel to straighten the body. The procedure is short and is not invasive at all. Prepare to look bright and new again. Watch the positive feedback come back and your psychology going up!

What is the target audience for Thread Lifting?

Thread lifting treatment consists of lifting on the arms, abdomen, buttocks, inside the thighs and areas of the neck and face.

Body Lifting is a great alternative for people who have body relaxation but are frightened by the thought of surgery. As well as for people who do not want to show that they did any firming action.

What are the results of Thread Lifting?

The thread used has immediate effect.

Side effects such as a little swelling or some small bruises at the thread entry points will disappear a few days after treatment.

Initially, an excessive correction of relaxation is made, after a few weeks a small part of the pull recedes.

Over time, the filaments hydrolyze slowly and predictably over a period of 180 – 240 days. That is, they are assimilated by the surrounding tissue of the area in which they were introduced. This ensures that you will not have a foreign body inside your skin.

Usually the result lasts about 1 year, depending on the degree of relaxation that was there. In general, the thread is used in addition to other treatments, such as hyaluronate, radiofrequencies, HIFU.

Find the best treatment for your needs in a wide range of anti-aging, skin repair and replacement treatments.